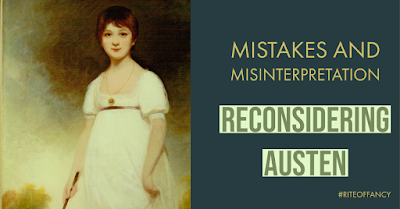 I have noticed that it is easy to decide you know someone, just because you have read their works.

For example, I had always considered Jane Austen to have been someone who had lead a secluded and sheltered life.

That view was challenged by a recent article in the Washington Post.

Oddly the article didn't reveal any new secrets about her life. It did cast the facts in a different light.

For example, her father supplemented his income by running a small boarding school for boys in their home.  I knew that, of course, but, it never occurred to me, until the Post pointed it out, that this situation alone would have ensured that Jane Austen was far from the sheltered homebody she has been portrayed.

Another example of her worldliness would have been acquired while living at Bath England.  The resort town of Bath was, during her lifetime, quite a fashionable and popular place to live. There would have been a thriving social scene.

Jane Austen knew what the world offered and still chose to obey society's rules and really, for all my time spent in rebellion, I admire this about her.

Jane Austen's ability to live within societies dictates, despite her exposure, reminded me of a story I read about Joan Didion.  During a dinner party at her house, Joan was forced to ask a couple of guests to leave because of their illicit drug use.  When the guests told her that she didn't know what she was missing, her response was "Yes I do".

I think that one of the reasons we don't see the worldly side of Jane Austen is because most of her letters were destroyed or censured.  It seems her sister Cassandra was afraid of the impression some of her comments would give.  I wish we could have read what she really thought.

I begin to believe, after the Post article and especially after reading that her letters were censored, that Jane Austen was far from sheltered and truly did know the world, but chose to live within the framework that she was born into rather than pushing against the system.

And I think there is real strength and grace in knowing how to live a life you can be proud of, regardless of the situation.


*The Jane Austen Books I have reviewed: