All My Flowers: Flowers Flowing Down the Foothill 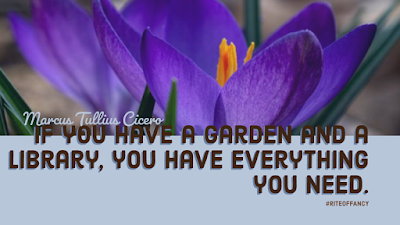 I don't know about you, but I have always fantasized about owning a botanical garden. A garden full of nooks and crannies and hidey-holes, a garden similar to what you envisioned the hidden garden in Frances Hodgson Burnett's book "The Secret Garden" must have looked like.

I finally have both the time and land available to make a garden like this, at least on a small scale.

Gardening on the slope, however, has been a challenge that has beaten me so far.

The problem that I keep coming across has been soil erosion.  Even with raised flower beds, we were still getting erosion and wandering flowers.

It turns out, I was missing a few key features in my raised beds.

Originally, I had the flowerbeds running with the contours of the slopes and they weren't completely level. That was where many of my problems came from.

I have learned that to garden effectively on a slope there must be terracing running horizontally, and that the plant beds still need to be pretty level. I have also learned I need to stake the beds to the ground.

I had been trying to keep with the contours of the land but it looks like I will need to be more cognizant of the direction the raised beds lie. I think that means making smaller beds and using more natural materials to create them.

It's a good thing, I have a lot of downed wood to use for support materials.