The Things We Left Behind - Coprolites of Fur and Fangs. 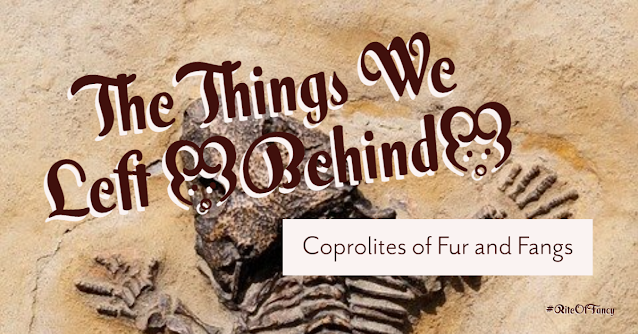 Today was, in a word, rather crappy.

A powerful windstorm (tornado?) came through our area last night and there are trees down everywhere. We were fortunate and didn't have any structural damage to our house although we did end up with at least five trees scattered about the property.

Stumbling across a coprolite article seemed like a fitting story for the day.

It seems, back in the 1960s, researchers at Texas A&M collected a couple of human coprolites (fossilized poo) from Conejo Shelter Texas and then stuck them in storage.  They were recently rediscovered (imagine finding that) and analyzed (and I was complaining about cleaning up trees). It turns out, one of the fossils is rather odd.

The sample, carbon-dated to around 1460-1520, contained the remains of a rodent, eaten uncooked and whole, and the bones, fang, and scales of a rattlesnake suggesting that it too was consumed whole and raw.

I have no idea why anyone would do such a thing (researchers are guessing a religious practice) but as both items seemed to pass through this person's system and there weren't any human remains next to said coprolite, we can assume the meal went ok.

This discovery has, so far, been a unique find in the archeology world. I wonder if the researchers are eligible for an award of some kind.
Would they want it?