Chattel Goods - The Sad Story of Slavery in the US 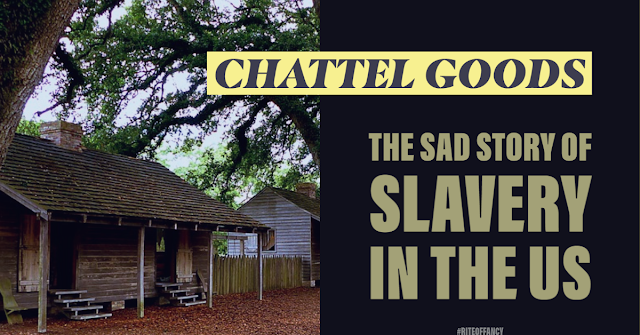 Dear Henry,
Back when Fish and I first moved to Arkansas, we went to visit the Pea Ridge Civil War Battlefield and, as we were both raised in the Western United States, this was our first experience with "the Confederacy" and it was an incredibly foreign concept. I have since learned a little bit more about the Confederacy after touring the Oak Alley Plantation and the Prairie Grove Battlefield, but I have to admit, still don't "get" it.
I struggled specifically with the Confederate idea that one can own another person.  I struggle with this belief so much that it is unfathomable for me to think that someone would be willing to go to war and die to do so and I can only think of the words of Oscar Wilde who said: "A thing is not necessarily true because a man dies for it." 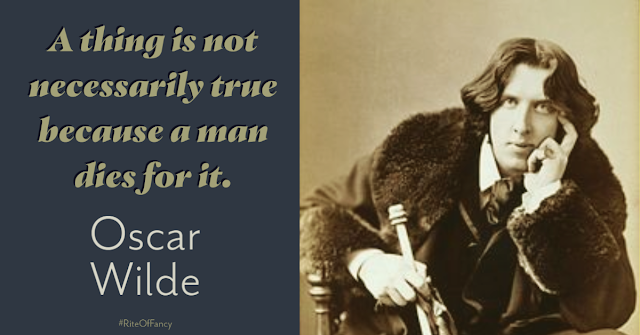 I started a research project on the history of slavery in the US, and, as far as I can tell, it is a story without a real beginning, or for that matter, an end, nor was it ever, exclusively, a Confederate problem.
Slavery entered the world the minute one person could physically overpower another, I suspect it walked over the Bering Strait with the first American peoples. If not, its practice began shortly after they arrived. During this period of time of America, slaves were acquired mostly through raiding parties and as spoils of war, although there are quite a few instances of parents selling their children into slavery as well. Most of the time, enslaved status was not hereditary but it could be.
The dynamics of slavery changed when Spain began its new world exploration and I really think that Jared Diamond's book Guns, Germs, and Steel does a great job explaining how the Spanish, English, and French were able to overpower the Native American populations and how Barbary, Portuguese, English, and Dutch slave traders were able to overpower Native African tribes.  In short, however, the reason behind the success of Europeans, Middle Eastern, and Northern African enslavers was because those cultures had been able to develop large animal husbandry, giving these people an edge with immunity, and, most importantly, the ability to create a cavalry.
It was these advantages that allowed the first official act of enslavement by Europeans on what is now American soil and in 1508 when Ponce de Leon began using forced Native American labor on the island of Puerto Rico. Five years later, in 1513, the Spanish began importing enslaved people to the island from Africa. Thirteen years later, African enslavement would arrive on the Continent, when, in 1526, enslaved Africans were brought to Winyah South Carolina by Lucas Vazquez de Ayllon from Santo Domingo to help found the San Miguel de Guadalupe Colony.  There was a revolt and the colony failed.  It is believed that many of the enslaved people escaped to local Native American tribes, but no one knows for certain. In 1565, African enslavement became a permanent fixture on the North American continent, after the founding of St. Augustine Florida, when Don Pedro Menendez de Aviles arrived with three enslaved Africans. Despite this start, slavery would never be very pronounced in Florida while under Spanish rule, and in fact, Spain offered freedom to the slaves of other nations, if the enslaved person made it to Florida. 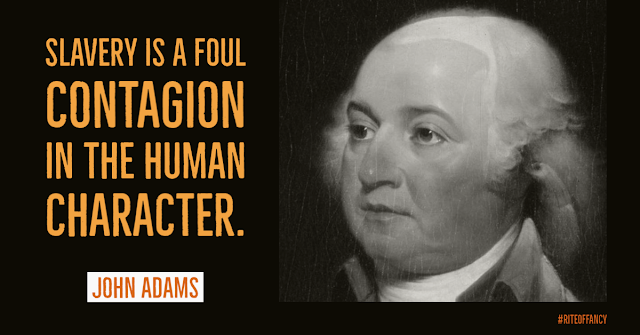 In 1607, when the British began colonizing the North-eastern coast of North America, they initially participated in the "warfare" slavery that was common amongst the Native American tribes, although, the English system of indentured servitude (trading one's labor for ship's passage) could very often be considered a form of enslavement. In was 1619, the first enslaved Africans arrived.  British privateers had captured the people from a Portuguese Slave ship and brought them to Point Comfort Virginia.  Once there, they presented a legal quandary because they had been baptized Christians (per Portuguese law), they could not be enslaved, (per English law).  The people were given the status of indentured servants and sent to work.  However, by 1640, one, John Punch would be sentenced to a lifetime of labor, technically becoming the British colonies' first enslaved African, although you could make the argument that forcing someone to become an indentured servant was basically slavery.
Massachusetts would be the first British colony to officially legalize slavery in 1641, stipulating that enslaved persons must be "strangers" (non-British) and that only captives of war,  those who had sold themselves, those that were purchased outside the colony or those had been sentenced to servitude by a court could be enslaved.
It would be a court case, Johnson vs Parker, that legalized enslavement in Virginia.  Anthony Johnson, one of the original "indentured servants" of 1619 had fulfilled his servitude contract, created a profitable farm, and had indentured servants of his own. In 1654, one of his servants, John Casor claimed that Anthony Johnson had overheld his indenture and went to work on the farm of Robert Parker.  Anthony Johnson sued Robert Parker for breaching John Casor's indenture.  The court awarded in favor of Anthony Johnson and John Casor was returned to Anthony Johnson. He was enslaved for the remainder of his life.
A court case would also decide the hereditary statues of slavery, when in 1662, Virginia would vote for "Partus Sequitur Ventrem", or the ordinance that children had the status of their mother after Elizabeth Key Grinstead sued and gained her freedom in 1656 court case that based her status on the status of her daughter, who was of mixed English and African descent and who had been baptized a Christian.
Slavery would move through all of the English colonies throughout the remain 17th century and by
1735, Georgia was the last English colony to forbid slavery. Unfortunately, Georgia would give in to enslavement by 1750 after the lack of indentured labor created a labor shortage in the colony. 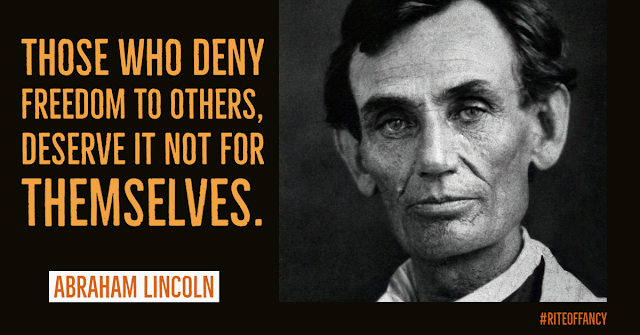 The French colonies around the Mississipi river (Louisiana, Mississippi, Arkansas, Tennessee) also participated in enslavement, although like the Spanish, there were very specific rules slaveholders must follow. French slave-masters were required to follow a Code Noir, which gave some protection to enslaved families, required Christian baptism, allowed them to keep some of their wages, and offered a (very narrow) path for eventual freedom.
There isn't a single part of the United States that did not participate in some form of slavery during the 18th century. Most of the agrarian and domestic chores in the English, French, and Spanish colonies were handled by enslaved workers, of both African and Native American descent and along the borders of the European Colonies, many European colonists and enslaved Africans were captured during war parties and raids and were enslaved by the area Native American tribes.  Many Native American tribes were, at this stage, also enslaving each other during tribal wars, and some tribes had adopted plantation-style farming, meaning they also adopted the tendency toward slave labor.
Abolitionist feelings began about the same time as revolutionary leanings began and in 1774 Rhode Island would forbid the importation of enslaved people and during the Revolutionary War,  both the American government and the British Government would offer freedom to enslaved people who fought for the cause.
International slave importation legality in the United States was gradually phased out after the Revolutionary War, with South Carolina holding out until 1803.  International slave importation also ceased in the French colonies in 1803 after the Louisiana Purchase and in 1821 international importation would end in Florida. Despite this ban, importation of enslaved people still occurred, although now, with US Coast Guard and Board Guard, international importation of enslaved persons has been reduced to an estimated 17,000-18,000.
It is after the Revolutionary War that the enslavement of African people began to be challenged legally in the Northern states and in 1783, Massachusettes became the first state to illegalize slavery, after a court battle proved the practice contrary to the state's constitution and in 1787 the Northwest Ordinance prohibited slaves NW of the Ohio River, other northern States would quickly follow suit in outlawing the practice.
Conversely, in the Southern states, economic reliance on cotton would create an increased demand for unpaid labor in the deep South, and slave owners in former tobacco-growing states, having depleted the soil, would turn to the production of human capital as a way to maintain their plantation's profitability.
Ironically, it would be this increased number of enslaved people that would provide the catalyst for the Civil War.
Within the US Consitution was the infamous three-fifths clause, which gave enslaved persons the status of 3/5ths of a person, also gave the Southern States unfair representation, with extra seats in the House of Representatives and extra Electoral College votes. This was deeply resented by the Northern states. It was this resentment, coupled with growing Abolitionist movements, that would finally gather enough votes to break the Southern stronghold on Federal offices and elections and allow a Northern candidate, Abraham Lincoln, to win the presidential election in 1860. The Southern states began to cede from the United States immediately and the Civil War began in 1861.  While Lincoln's 1863 Emancipation Proclamation technically freed all slaves in the Confederate states, it would take until June of 1865 for the Union Army to liberate them all.  Slavery would end on the Cherokee Nation, by treaty, in 1866.  Overt slavery would be made illegal in the Alaska territory after its purchase in 1867 and finally, Puerto Rico would abolish slavery in 1873. Guam and Hawaii would have sanctioned slavery until 1900. 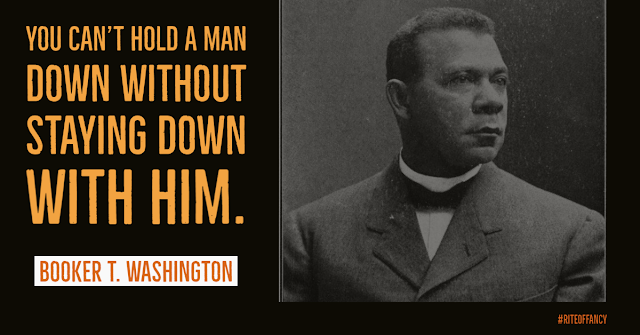 Unfortunately, this didn't end state and corporate slavery.  Through the use of convict leasing, company housing, stores, and script, slavery existed until well into the 1930s and, in fact, would exist, in some form, in the state of Alaska, until the Fur Seal Act of 1966. Currently, though, this type of enslavement is rare in the United States and is generally found among immigrant domestic and agricultural workers, particularly those who have entered the country illegally.
However, human trafficking for sexual purposes has never ended, not after the Civil War, and not after the passage of the Mann Act in 1910, it hasn't even slowed down, and I think this was the hardest fact I come across during of my research.
According to the Global Slavery Index, there are an estimated 400,000 enslaved people in the United States. None of these people are believed to be imported from other countries.  That number seemed absurdly high to me, particularly after this very issue has already torn the country apart once, but, no, after digging into it, this number appears to be legitimate.
There are currently 609,275 open missing person cases in the United States, according to the National Crime Information Center and while many of these people may have chosen to disappear, and many may have been killed, we know from the stories of Jaycee Dugard, Elizabeth Smart, Amanda Berry, Georgina DeJesus, and Michelle Knight that they may not have been.
Both the US Department of Homeland Security and the Federal Bureau of Investigation has been actively trying to combat this problem for years and they appear to be making headway, as the number of missing Americans hovered close to 1 million during the late 1990s.
Still, it's clear that there is a lot more work to do and, I think, much more attention needs to be given to the problem.
I hope we can alleviate it someday.
a.d.
Labels: Essays History Things Gleaned From Reading
Location: Bella Vista, AR, USA