Inside a Stained Glass World 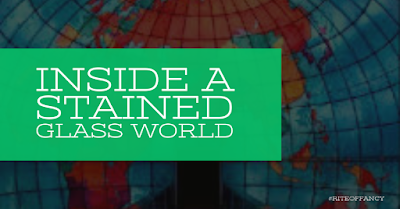 I really need to get busy getting my camper van together because, in addition to checking out Southern Arkansas and looking into the Museum for the International Concatenated Order of the Hoo-Hoo, I want to take a road trip to the Mary Baker Eddy Library in Boston.

Oddly enough, I am not all that interested in the books at this library, but rather, the three-story stained-glass globe within it.

The globe is called the Mapparium, and it opened in 1935.  The structure is comprised of 608 stained glass panels and because it is a globe it doesn't suffer from Mercator projection, so all of the countries are true representations. The globe room also provides "whisper acoustics" and even the smallest sound will carry across the structure.

Of course, the globe is obsolete and was almost immediately after it opened.  There were initial plans to update the panels as boundaries changed but by 1960 it was decided that the Mapparium was a work of art and needed to be preserved in its original layout.

Perhaps I will catch a Red Sox game while I'm there.