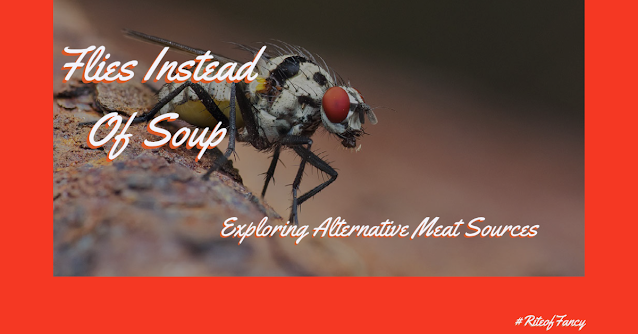 There was another "insect cuisine" article in the paper.

I am beginning to wonder if there is a conspiracy and that something is going to happen to our food supply and the media is prepping us for "bugs provencal" (no, not really, I'm kidding).

In the past, and after comparing Fish's and my survival skills to those of a reality T.V. couple, I have stated that I would eat a bug if I were starving, was in competition for half a million dollars, or was at a Mariner's game.

I do have my limits though.

Eating maggots is a hard no.

While the article talks about the negative carbon footprint utilizing this particular food source, the protein ratio to body size, and all of the other benefits of fly larvae as a food source. The fact still remains that eating maggots is a hard no.

I will become a vegetarian first.