The Dark Place Where Memes and Penguins "Meat" 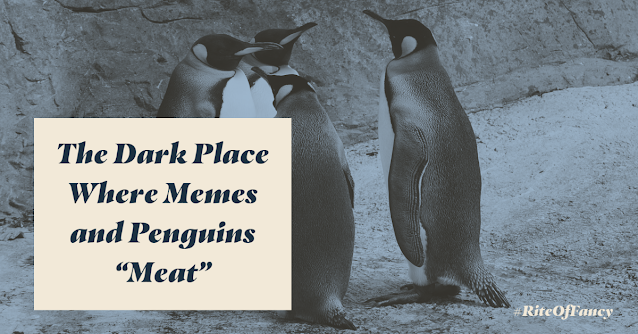 Dear Henry,
Today's internet rabbit hole began with a meme.
The meme suggested that everyone was wondering if penguin meat was any good.  While I hadn't thought about it before and would, under no terms, eat a penguin, it made me wonder if they were, in fact, tasty and if there were a culture, somewhere, that considered them a delicacy.
I should mention, right at the beginning, that it is absolutely illegal for a US citizen to eat a penguin according to the Antarctic Conservation Act.  Don't try it.  This would be such a silly reason to end up in federal prison.  I should also mention that I'm not even advocating eating a penguin and I would judge you harshly for doing so (starvation aside).
Still, I wondered about penguin meat palatability and whether or not it was something that had ever been widely consumed.
The verdict:  Eating penguin is terrible, in all regards.
There are no cultures that I have been able to identify that used penguins as a food source and the only instances I could find of anyone eating them at all occurred during antarctic explorations.  Dr. Fredrick A Cooke, aboard the Belgium ship Belgica, prescribed penguin meat to the crew as a way to avoid starvation when the ship became stuck in ice.  The meat was described as a cross between stringy beef, leathery duck, and smelly cod.  I also couldn't find any record of Argentinan, South African, or Australian dishes featuring the bird and so I am going to say that eating penguins doesn't happen often.
They are reported to be a good source of vitamins, though.  The crew of the Belgica, despite their trials of being locked in the ice, did not suffer from any deficiency diseases, particularly scurvy, which was known to affect the early explorers, particularly sailors, profoundly.
Still, like cockroaches, penguins will be a hard no from me.  I don't know that I could do it if I were starving.
xoxo a.d. elliott
Labels: Essays History Non-Fiction Things Gleaned From Reading
Location: Tulsa, OK, USA