A Love to Remember: The Happy Marriage of Paul and Kris Scharoun-DeForge 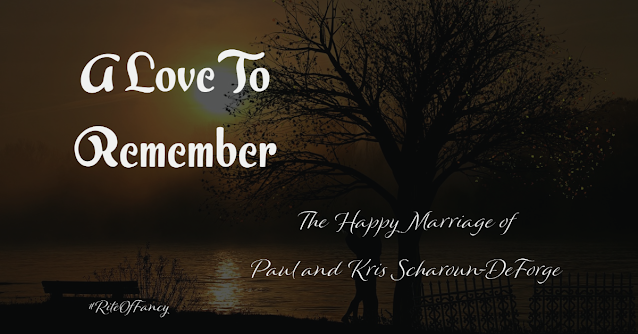 Today I read about the most amazing couple whose story made my heart swell and then broke it.

When Paul and Kris Scharoun-DeForge wanted to get married, the state of New York originally turned them away and said no.

Why?  Because they both had Down Syndrome.

It took a lengthy court battle, in which both of them had to prove that they understood what it means to be married before the State of New York finally relented and they were allowed to get married in 1993 (I vaguely remember something about this).

They had a beautiful and marriage that lasted 25 years.

Unfortunately, Paul died last month, from early-onset Alzheimer's Disease, which affects Down Syndrome patients more than 50% of the time, although the reports say, he maintained familiarity with Kris until the end.

I am so happy they found one another and had such a lovely and happy marriage and I am heartbroken to think that it is over.