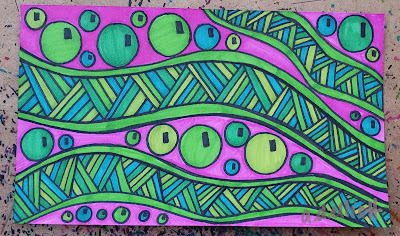 Today I learned that parenting will turn your feathers white, particularly if you are a flamingo.

Today there was an article in the New York Times about milk.  All kinds of milk, including the milk of the tsetse fly.

There are some articles which immediately grab your attention, and an essay about the various different kinds of animal, bird, and insect milk is one of those articles.

Within the article, it discussed the various (odd) sources of milk, many of which, like a tsetse fly, where surprising to me (the tsetse fly also gives birth to an offspring that is almost exactly the same size as the parent so....you almost feel bad for this poor fly, but then you remember it causes sleeping sickness and your pity fades).

I have been enamored with flamingos since I heard the story of Flamingo No. 492, who, after having escaped from the Witchita's Sedgewick Zoo in 2005, has been on the lam for the last fourteen years, and was last seen in Texas. Occasionally, there are news stories and sitings about this flamingo and its antics, and because they can live up to 50 years, I expect several more years of escaped flamingo antic stories. I am sure the administrators at the Sedgewick Zoo cringe every time one of these stories crops up.

Flamingos are also admiral partners and parents, maintaining long-term monogamous partnerships and the pair will share all of the parenting duties, equally.  Including infant feeding. Male flamingos are also capable of producing milk.  The crop milk is apparently so taxing for the parents to produce though that it turns both of them white.

I feel like I have underperformed as a parent now.