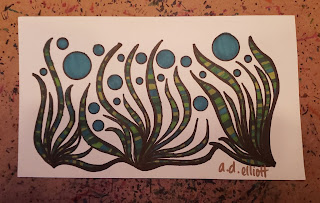 This morning, in the newspaper, there was an article about Jeanne Calment.

To refresh your memory, Jeanne Calment was a French woman who lived until she was 122 and is considered to be the oldest "documented" person to have lived.

The article wasn't about how, Jeanne Calment who, despite smoking the occasional cigarette and eating two pounds of chocolate a week made it to 122, but rather, it was an article about how she, according to a mathematician, lied about her age.

According to Mr. Nikolay Zak, and based upon (to be fair) some compelling bits of evidence. Jeanne Calment could, perhaps, have only been 105 when she passed.

I am angry about this.

I am angry that Mr. Zak (and by default Eli Rosenberg) are making an effort to debunk the wonderful story of Ms. Calment.

Do we really, as a society, need to dispunge the evidence put forth by the city of Arles, France, and other scientists? Because really? Who cares if she didn't live until 122?  The story is fun, we have all gotten something to aspire toward and the world was a happier place. Why does it matter, really, that

Do you remember the days before Google, the days when you could just politely nod your head after someone said something ludicrous and go on with your day? There was no drama, everyone acknowledged that the claims were, perhaps, outlandish, but it really it wasn't worth making a scene about.  Does anyone remember those days?