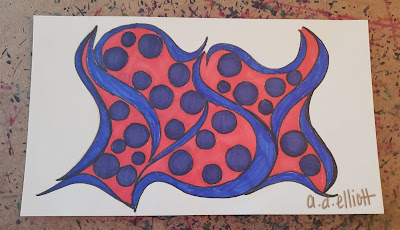 What do you do when you are frustrated and stuck in traffic?

May I suggest knitting?

Claudia Webster, from Bavaria, did just that.  When changes to the public transportation system almost doubled her commute times, she knitted about it.


Her project, in which she added two rows per day had the following color scheme, grey stripes for little or no delays, pink for those delays lasting up to 30 minutes, a red for wait times exceeding an hour.  After a year, she had a beautiful four-foot scarf, with more red than the area transit authority wanted to see.

Ms. Webster even got a bit of pocket money out of it.  The scarf called the Bahn-Verspatungsshal (rail delay scarf) sold on eBay for about $8.650.  She donated the money to charity.

So, there is a new mantra for traffic delays - Don't get irate, create!