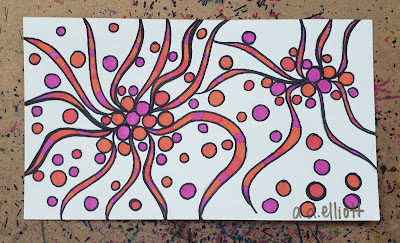 I had to share the story about Magic and Sphen because their tale tickles me greatly.

Magic and Sphen are two male penguins at Australia's Sea Life Aquarium and they are in love.

Not only are they in love, but they have also become parents.

Sea Life Aquarium has a group of penguins, many of which have laid eggs. Noticing a neglected egg from another (heterosexual) couple, the keepers confiscated the egg and gave it to the boys, who adopted and nurtured the egg, and when it hatched, have become admirable and loving parents to their offspring Sphengic (no one knows if it is a boy or girl yet).

Oddly enough, theirs is the only egg that hatched, proving that parenthood and orientation have absolutely nothing to do with one another.

I smiled and even choked up a bit when I read about the budding family.