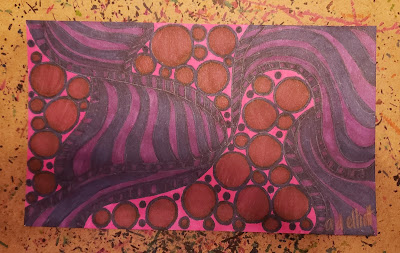 Like other local newspapers, Maine's The Portland Press Herald, due to declining subscriptions, was being forced to cut costs.

The feature they had planned to eliminate was a book review section, which featured books that were either written by a Maine author, or whose topic is related to the state of Maine.

I am glad he did.  Publicity can be hard to come by and authors (as well as others, such as artists and photographers* like myself) can often struggle to find the smallest bit of press and recognition.  I was truly happy that Stephen King still remembers what it was like in the beginning and is will to fight for a section that benefits the local authors.

He did, plus extra. The feature will remain in the paper.

The Portland Press Herald brought to my mind something (almost) as important as publicity, and that is the free exchange of ideas, something that can't exist without a robust press and plentiful newspapers.   Yet, as most of us turn to online sources, we are ignoring our local newspapers, which are being shuttered across the country.  The common excuse is I get my news from ..... online but, as Stephen King demonstrated, there is much more to a local newspaper than its news. It is the local bits and features that make the community paper and I think it is beginning to cause us to overlook our communities as we overlook our local newspapers.

I read the New York Times & The Washington Post, but not the Northwest Democrat-Gazette and after the article, I am somewhat ashamed of myself and will be picking up a subscription now. I am rather excited to do the daily crossword again, they don't come with the Kindle versions.