A Perfect Cup of Tea 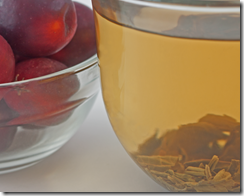 My first social outing after I moved to Colorado was to my new Daughter’s of the American Revolution Chapter’s monthly meeting.   It was there I met Miss Suzie, she was the current Chaplin, pro-tem.
I could tell from the start that she was awesome.  She had a delightfully sweet personality and an almost wickedly belligerent sense of humor.  It may sound like an impossible personality, but imagine a perky older lady who would openly bicker with her sister and offer a ready hug and kind word, along with a cute little jab, to anyone who needed it.
She was also very ill the entire time that I knew her.
For her memorial, her sister had a tea party. It was such a wonderful way to close the life of Miss Suzie, amongst friends, with tea and cakes, on pretty dishes.  It was so peaceful and charming and was full of lively chatter and laugher, instead of only tears.
Mirabile dictu 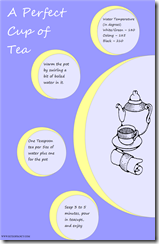 Labels: Recipes I Read About